The scope of this project included procurement of materials for and constructing a substation and transmission line in the vicinity of Montgomery County, Texas. Crews rebuild approximately 34 miles of 138kV and 230kV transmission line and upgraded four substations for Entergy Texas. The transmission line consisted of approximately 210 steel monopoles, 30 H-frame structures, and five three pole dead-ends. For three of the substations, crews reconductored incoming line drops. At the Porter Substation, crews installed two, new 230kV circuit breakers and a new bay to the east of the existing bay along with the necessary bus work, disconnect switches, and dead-end structures to allow for building out of a six-breaker ring bus.

Among the environmental services that EEG provided for the project were:

As the Montgomery County Power Station South project unfolded, EEG’s team noted approximately 40 acres of ground disturbance. Although the project’s terrain was flat, EEG identified during its initial surveys 169 wetlands. Team members relied on their experience and protected each of the wetlands with an array of best management practices, or BMPs, that included matting and silt fences. To facilitate the rebuilding of the transmission lines as well as new work on the lines and substations, EEG obtained right-of-way access for construction crews including construction entrance permits from the Texas Department of Transportation.

Due to the miles of matting that EEG recommended crews place throughout the project to protect wildlife, plants and terrain, restoration was very time consuming. Among the first steps toward restoration was carefully removing the matting placed strategically across the project. Once crews had completed construction and removed the matting, EEG’s primary goal was making the terrain appear as if crews had never been there. Through surveys and research, EEG had identified the correct species of native grass and began planting after crews had graded the land. The favorable growing conditions during 2021 saw the grass grow quickly. This allowed EEG’s team to close out the SWPPP on time and without the need of additional restoration measures. 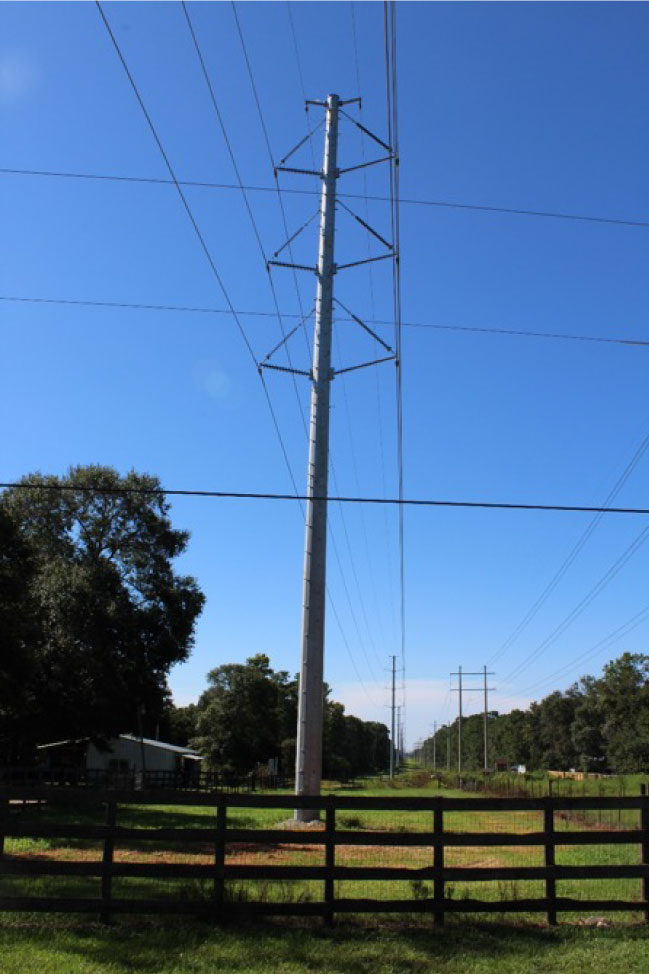 A view along a portion of the newly rebuilt 138kV transmission line in Montgomery County, Texas, including ground restored by EEG with species of native grass. 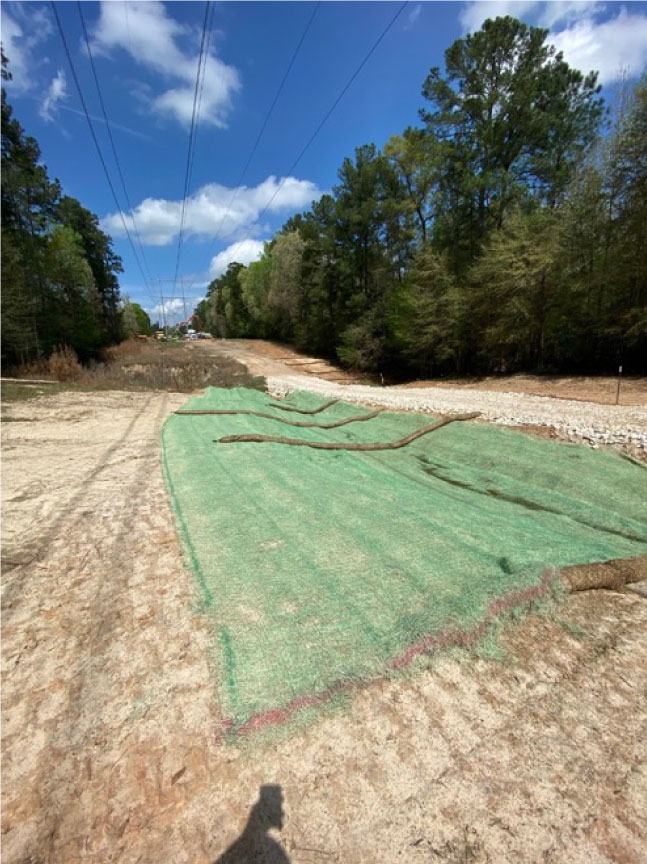 In the foreground of his view of the newly rebuilt 230kV transmission line in Montgomery County, EEG crews have put in place BMPs to prevent runoff from entering the creek in the distance.